How cheap are women's lives? 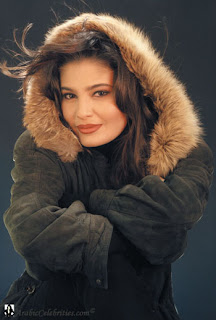 Back in December, as a postscript to a post on Haifa Wehbe, I wondered how Egyptian billionaire Hisham Talaat Mustafa's appeal was going against his death sentence for the murder of his former partner, Lebanese pop star Suzanne Tamim (pictured). Well, now I guess I have my answer.

This news comes on the back of a Guardian/Observer campaign to bring to justice Farouk Abdulhak. Abdulhak, the son of one of Yemen's wealthiest and most powerful men, is the chief suspect in the rape and murder of Norwegian student Martine Vik Magnussen back in 2008. Her body was found in the basement of a flat Abdulhak had been living in in London. He is believed to have fled to Yemen, which has no extradition treaty with the United Kingdom, where he is now being sheltered by his father.

Call me cynical, but the level of justice these women [haven't] received seems to be directly linked to the bank balances of the men accused of killing them. That's not only true in the Middle East either; just ask OJ Simpson.*

Email ThisBlogThis!Share to TwitterShare to FacebookShare to Pinterest
Labels: politics