"Lazreg's fascinating book, Questioning the Veil: Open Letters to Muslim Women (Princeton University Press), tells us that the veil comes and goes, according to the rise and fall of ideologies and the change in male perceptions of women and women's beliefs about themselves. Algeria illustrates the point. After women helped achieve independence from France in 1962, many ceased to wear the veil. It lost its political force as a form of rebellion and became an archaic custom of an older generation. Lazreg remembers her mother discarding it. 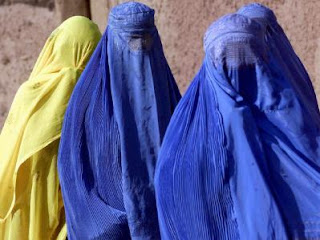 The revival of the veil among Algerians in recent years coincides with economic failure, a regional cultural identity movement and the war between Islamists and the Algerian government."