The curious incident of the dog on the vet's table 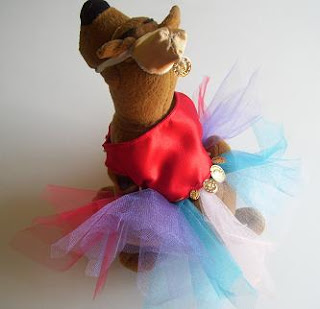 There's a kiwi book called With a Passion, that I can't find any reference to at all anywhere online(!) so you'll just have to trust me that it exists, in which Christchurch-based dancer Gendi Turner discusses her early performance career.* She relates an amusing anecdote about being hired as a surprise for a veterinary surgeon on his birthday. When she shows up at his clinic he has a dog anaesthetised on his table, so she just dances around him while he works.

In the 2005 documentary American Bellydancer, Philidas relates an amusing anecdote about her early career. She was hired as a surprise for a veterinary surgeon on his birthday, but when she showed up had a dog anaesthetised on his table, so she just danced around him while he worked.

Was this a thing? Were belly dancers all over the world performing for vets and the doped-up dogs they work on? Are there dancers in Egypt, Scotland, Denmark, Hong Kong and South Africa with similar tales? Or have I stumbled across a case of straight, um, "borrowing"? Perhaps it's just weird coincidence or it really did happen to someone and Gendi and Philidas have both adopted the tale. Man, this is going to keep me awake at night.

By the way, if you're the kind of sick baby who (A) has a small dog and (B) would like to dress it up in the 'belly dance' costume pictured, you can buy one from http://www.wallydogwear.com/. But if you do, I will never speak to you again.

*UPDATE: Thanks to remarkabal, who found the book I was looking for:

With a passion: the extraordinary passions of ordinary New Zealanders by Michael Fitzsimons and Nigel Beckford (ISBN: 0473078015), 2001.
Posted by Ramona at 08:47