'The lie behind Egypt's mass suicides' is the third part of Robert Fisk's grim yet fascinating series in The Independent on honour killings. In the final part of his series, 'A place of refuge from fear and guilt', Fisk speaks to Nadia Shamroukh about her Jordanian refuge for women. There is a problem, apparently, in Jordan with Egyptian women courted in Cairo by Jordanian men, only to find when they arrive in Jordan that they've been duped:

"These men do not want to work and they expect their wives to make money for them by dancing in bars or by prostitution or begging," Shamroukh says with anger. "The women come to us for help and the Egyptian embassy here is very good and we find ways for a divorce and to get them back to Egypt." 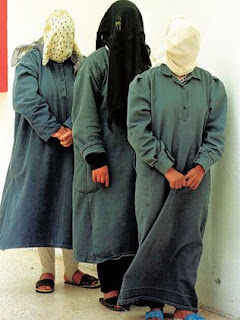