After more than ten years of learning how to hip drop, camel, shimmy and zill - with mixed success - I've decided to share my meagre talents with an indifferent world and join a troupe. 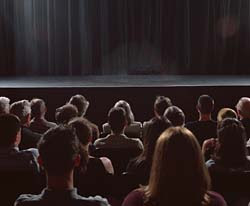 *Waits for applause that never comes.*

At my Tuesday night class my teacher mooted the idea of sticking some of us intermediate/advanced types into a performance group and I didn't rule myself out. This has been my boldest leap onto the stage so far, though admittedly I haven't actually done anything yet. There have been hafla student performances here and there but nothing requiring actual commitment, so it's a whole new world for me. Anyway, it was pointed out that we might need a name. Immediately, really inappropriate and/or unintentionally hilarious monikers began flying through my brain, and I'm lucky enough to share my life with someone who has a similar love of naff word play. Why not join in? It's a game the whole family can enjoy.


We decided that a really bad troupe name would either have sexual connotations and/or excessive punning, be culturally insensitive (see 'sexual connotations') or just be more suited to a rock band. The Man and I had a really good time coming up with some total howlers, and we proudly present:

THE WORST BELLY DANCE TROUPE NAMES IN THE WORLD - EVER! (VOL. 1)
Featuring:
†With apologies to Flight of the Conchords.

††I'm not totally against this one.

‡‡Secretly, I think this is brilliant but I don't think anyone in my class is going to go for it. We're probably going to wind up being called Daughters of the Lotus or something equally pastel pink.

*This sounds quite uncontroversial at first sight, but bear in mind that the 'order' Salome gave was for John the Baptist's head to be brought to her on a plate. Might be good if we were a Tribal outfit doing lots of sword work ...