"The society people of Kenosha are worked up over the discovery that a person known as 'Mrs Howe' is not a woman but a man. He went there some time ago to get up a 'Kirmess'* for a church, and several ladies joined in the performance. The peculiarity of her manners was commented on at the time, but none suspected the real truth. Now there is regret on the part of the participants that they joined 'Mrs Howe's troupe of dancers.'"

The State, 22 December 1892, as quoted in Wisconsin Death Trip by Michael Lesy. 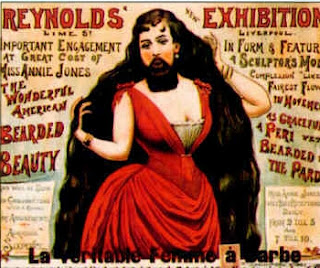 *Kirmess: a festival or fair, usually held for charitable purposes.
Posted by Ramona at 08:16