Beata and Horacio: May the beat go on

When I started dancing in (hacking coughing fit), the internet was just becoming the norm so file sharing, torrenting and piracy weren't quite the issues they are now. However, I do have a lot of unlabelled belly dance music in my collection thanks to well-meaning teachers. In fact, I'm so old one of my first teachers gave me our class music on cassette! For the benefit of younger readers, they looked like this: 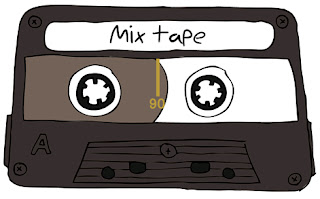 Although I was/am quite poor, pirated music usually has one massive disadvantage, quite apart from all the bad karma: when you get music you like, you have no idea what the tracks are called or who the artists are. Finding more of the same becomes nigh-near impossible and that alone leaves you with a massive gap in your dance education.
For what it's worth, I don't personally know any of the people embroiled in this controversy and I have no interest in becoming the Lars Ulrich of eastern-influenced music. So I'm just going to leave this here for whoever stumbles across it to make of what they will.
pic credit: illestlyrics.com
Posted by Ramona at 23:19