Welcome to the 100th post here on The Occidental Dancer, particularly to both of my followers, FamousFeline (who signed up today) and RetroKali. It's easy to namecheck all your blog's followers when there are only two, so love to the pair of them. 100 not out! There seems to be some sort of achievement attached to that, but I have no idea what it might be.

Coincidentally and more importantly, today is also the 100th anniversary of International Women’s Day. Looked at one way, it’s a shame that the world still needs it. It’s a brutal truth that how much ‘equality’ a woman has still largely depends on where she lives and her cultural background. Looked at another way, it’s a great opportunity to remind ourselves why we can’t get complacent. When women’s lives improve, so do those of men and children. A world with less violence and discrimination is a bit of a win/win in that way.

Here are ten reasons why International Women’s Day is still relevant to you no matter where you live, or how liberated you believe yourself to be, or in what position you normally pee. In no particular order:

One
The illusion that by buying into sexism and objectification we are 'owning it'. 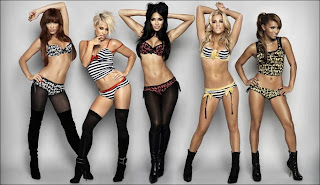 Two
I doubt very much that Dr Condoleeza Rice – former champion ice skater, international company director, classical pianist, Stanford University professor and the 66th US Secretary of State – lies awake fretting over her missed opportunities. Leave it to tabloid hack Piers Morgan to get to the nitty gritty of what defines the real Condoleeza: her decision to remain single and childless, despite the fact that she’s “quite a catch”. Thanks for comparing her to a fish, Piers, you meat-headed waste of skin. You can seethe through the interview via the link.

Three
Mail order brides, the ‘Win a Wife’ competition, street harassment, upskirt photography and everyday, casual sexism used to tell us that women trading on their sexuality are strong, independent and morally superior to the rest of us:﻿﻿
Four
The most influential woman ever to work or live in London during the last century, according to readers of London’s Metro, is Leona Lewis. The 26 year-old pop star, who did that one song from Avatar that she didn't write, got 70.9% of the vote, making her a clear winner over former Prime Minister Baroness Margaret Thatcher (5.14%), Iranian-born humanitarian and businesswoman Camila Batmanghelidjh (4.17%), and Mumsnet founder Justine Roberts on 4.88%. 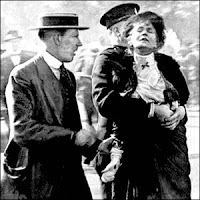 Also rans (if you’ll forgive the inappropriate horse racing term) included suffragette Emmeline Pankhurst (1.78%), anti-violence campaigner Marai Larasi (1.17%), writer Virginia Woolf (0.15%), and the first (and only) female Speaker of the House, Baroness Betty Boothroyd (0.11%). Even the much loved and lamented Diana, Princess of Wales could only manage a paltry 0.64% of the vote in the face of Lewis’ overwhelming contribution to society and humanity as a whole.


If this is meant to be a joke, I'm not laughing.
Five
Charlie Sheen has been fired from his job as America’s highest paid television actor after his very public meltdown. Somehow it was OK for Sheen to keep his job as long as he limited his bad behaviour to physically assaulting and threatening to kill various women, including the mother of his children.
Six
On a related note to five, this article in The Independent, from my old fave Johann Hari.
Seven
Police in the south of Wales say they are dealing with “record levels” of forced marriages and “honour-based” violence. Whatever that means.
Eight
The US Government cuts funding to Planned Parenthood; South Dakota makes moves to ‘legalise killing abortion providers’ and Republicans plan to redefine rape. 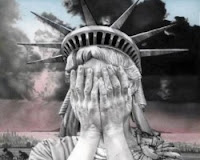 Nine
Last week, 23 year-old Romanian Rifca Stanescu claimed to be the world’s youngest grandmother. Rifca’s 11 year-old daughter Maria gave birth to a boy, Ion, after marrying at the age of ten. “I am happy to be a grandmother but wished more for Maria,” Rifca is quoted as saying.

Early motherhood is fairly common among some Romanian gypsies – Rifca’s mother, also called Maria, is only 40.

According to Save the Children, 70,000 young mothers die every year. Because of their undeveloped pelvises and the need for more medical intervention, girls who survive giving birth are at increased risk of disability and HIV/AIDS. Social problems associated with early motherhood include poverty and illiteracy for both mother and child.


Love on ya, Daniel.