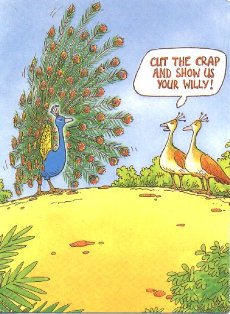 The worldwide belly dance community, thanks to the internet, is very small. Even this blog, with a 72% visit length average of 0 seconds, is likely to be found by someone who knows me or knows my teacher. That is partly why my number one blogging rule has been Thou Shalt Play Nice. The other part of that rule is that there are enough haters out there already. If I find a performance I don't like on YouTube, I don't link to it (if I violently dislike a clip I find on YouTube, I'll Twitter the link to it instead. Heh heh). If I'm not into your particular style but you're really famous and students of this dance should have heard of you, then I'll post clips of you dancing. It's worked pretty well so far -- I have never had to delete a comment or get involved in a slanging match. I like to think that that's because everyone who visits this blog is either (a) not really reading it or (b) Good People.

So I've thought long and hard about whether or not I should post what I'm about to because it might hurt some feelings. But the odds of those concerned ever finding this blog are slim (check that visit length average!). Also, more importantly, I think this is an issue that amateur dancers need to think hard about, and when you perform in public you run the risk that someone is going to give you a bad review. So here goes.

The Fantasia Festival takes place in London at the end of the year. It is a weekend of workshops culminating in a hafla where both international teachers and students from around the city perform. Needless to say, the programme is pretty mixed. There are improver/intermediate classes (like the one I'm in) where some of the students are actually semi-professional and some are have-a-goers, so even within a single number performed by seven or eight students the quality varies. There are performances by professional soloists and teachers, and routines done by beginners. There is no typical style -- some set pieces are more contemporary dance than belly dance, and even the belly dances cover the full gamut from folkloric raqs assaya to steampunk/burlesque fusion. Last time there was a number done by a dancer called Rumi (?) Romy where she sat on the floor and danced using only her arms to TLC's Unpretty (it was cool, but it wasn't belly dance!).* I described last year's show to the organiser as "the usual mix of the absolutely amazing and the frankly unbelievable" and she just laughed.

In 2009, there was a massive controversy over a performance by Mihrimah Ghaziya. I don't know why everyone in this forum is being so coy: you can check out the number for yourself on YouTube. Angry letters were written to the organiser and the forum link I've provided is not the only place online where the community got its righteous indignation on. But as you can hear from the applause at the end, those of us who were there were, in the main, OK with it. (Obviously not everyone was, but most of us.) For what it's worth, my opinion is that Mihrimah is a wonderful dancer with technique to die for and I don't think that this performance showcased that, although it was a great piece of theatre. I much preferred her "Spirit of the Peacock" from last year's Fantasia (and you can see a clip of that on her website). Also, I think that since the Fantasia hafla is comprised of so many student performances -- and therefore attended by a lot of friends and family who may or may not be dance literate -- that maybe this piece was not the best choice for the setting. But I understood what she was doing so I wasn't offended. She had substance.

I was shocked that a performance from last year's festival didn't create the same level of outrage.

Backstage, the dancers in question had looked amazing. AMAZING. The costumes were elaborate and beautiful, and obviously bespoke. It was a duet, and each dancer was clearly playing a character. They'd put a lot of time and thought into their hair, makeup and costumes. They were using props. I was really keen to see what they were going to do.

Their piece was set to some godawful bit of late 90s industrial techno that I recognised at the time but can't recall now. The choreography was predictable and they screwed it up anyway. They quickly lost control of their props and got tangled in them. Rather than try to retrieve the performance they just started giggling. They didn't even try to finish with dignity and their technique, if they'd had any to begin with, went out the window.

Look, shit happens, right? You trip on your veil, your belt starts sliding off, you forget whether your next turn is right or left. Whatever. I understand because it's happened to me often enough. But if there are people sitting watching you (people who have paid to be there, let's not forget) then you owe it to them and yourself to get it together as best you can and perform. It's a student hafla, so your audience gets that there are students on the bill. They get that not everyone has the charisma of Fifi Abdou and the technique of Rachel Brice. Honestly, your audience is not comprised of arseholes. They are not rooting for you to fail. They will forgive you for stumbling. But they do want to see you do your best. That way, everyone avoids embarrassment.

But on this occasion I was embarrassed by what I was watching. If it had been a class performance, well, OK. That is part of the learning curve and that's happened at Fantasia too, where someone turns the opposite direction to everyone else and suddenly the whole company is in disarray and they can't get it back. But this was just two people presenting themselves as though they had moved beyond the beginner level -- and it was as much of a mess as I've ever seen. I can only assume that they'd invested so much in their outfits because they cared more about how they looked than their actual performance. That spectacularly backfired because the glitz only highlighted how far short the actual dance fell. I understand how much fun dressing up is: as a student, I would say that 40% of my performance enjoyment comes from getting to cake my face in more slap than a clown and dress up like a Christmas tree.

But please don't subject an audience to little more than a fashion parade. If you are dead set on dressing as a tribal-style angel, complete with enormous wings made of real feathers, chuck a theme party. Give me substance over style any day.

*Edit (9 May 2011): Or maybe it kinda was -- thanks to Princess Farhana for giving me the inkling that it might have been a Persian Raks Al Bezak, where female dancers mime putting on makeup.
Posted by Ramona at 12:22