Back in January, I declared this year the Year of Up. Instead of the choices that make me feel good-in-the-short-term, shitty-in-the-long-run (the fourth glass of wine; an extra half hour in bed instead of going to the gym; the evening spent cocooned on the couch instead of going out and doing something), I have – so far as I am able, and within the scope of my puny human powers – tried to do The Right Thing.

I am not beating myself up about my lapses. After all, at heart I’m a lazy, greedy thing with all the willpower of Imelda Marcos in a Louboutin warehouse. Any time I choose exercise over a bit of a lie-in, the rip in the space/time continuum gets a bit longer. With that in mind, I would have to say that on the whole it’s not going too badly. I’ve had a couple of weeks of erratic-to-non-existent gym attendance, but then I’ve had quite a few late nights or weekends where I literally couldn’t make the scheduled classes. But I’ll get back on track. It’ll be fine. Honest. 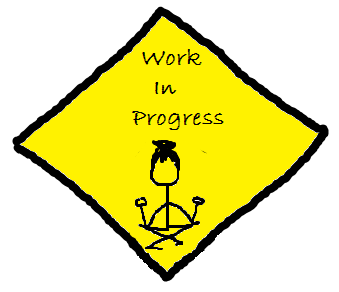 What has been particularly interesting are the moments when – without knowing they’re doing it – other people have called me out on “thinking down”. This almost always happens when I’ve said No in a situation where a Yes would have cost me nothing but time.

A few dance-related instances will do to illustrate what I mean:

1. My friend Fiona and I are going to be performing together soon. This is part of my drive to perform more often - but if Fiona hadn't said yes when I approached her about doing this, and if she hadn't actively worked on the choreography and scheduled regular practise sessions, then I have to be honest. I would have wussed out. Yay Fiona!

2. I was meant to go to the last round of BellyDance Trophies with my usual date Christina. When she bailed, I decided that (A) Wembley is a bloody long way away and (B) my possie by the heater was very warm and comfortable. Then another friend sent me a Facebook message to say that she’d decided to go at the last minute, but only if she’d know someone there. Reader, I dropped everything and went. Sure, I wound up at Watford and was nearly half an hour late, but since the show was an hour late starting it meant I had time to buy a drink. Plus, when the show (inevitably) ran way over time and we missed the last trains home, my friend and I got to navigate London’s notorious Night Bus system and have a darn good natter. Did I also mention that I bought a gorgeous green cover-up from Zara while we waited for the show to start? No? Because that segues nicely into:

3. I do two classes back-to-back on a Tuesday night with Shafeek. A couple of weeks ago, after the first class, I went to pay for them and was handed half of my money back. “There’s no second class tonight – instead we’re holding auditions for October’s Stage School.” Oh, right. So, after wishing everyone luck, off I went to get changed and go home. As I left the studio, Zara spotted me. “WHAT? Where are you going? You don’t get to blog about this and be too scaredy-pants to audition! Besides, if you don’t get in your position is no worse than it was before. Treat it as a free class.” (Zara is very persuasive.) So I auditioned. And, much to my enormous surprise, I got in.

I tell you this last story partly because I’m excited and showing off, and partly because it’s slowly dawning on me that other people have a higher opinion of my ability than I do. Surely that isn’t right? And surely, if I really were thinking up, I wouldn’t have needed either my friend or Zara to give me the push I needed to get going? It’s only been four months so far, but I’m wondering how long it will take to make thinking up a habit, rather than something I have to choose to do. Changing yourself is hard, y’all.