This post elaborates on the greatness of Prince Erkan Serce, as previously celebrated on The Occidental Dancer.

When I found Prince Erkan Serce's DVD Prince Erkan Serce's Belly Dance Show on Amazon.co.uk I was blown away, and obviously compelled to buy The Last Copy Left for someone who I knew would truly appreciate it. When I received it, I found there were two discs: one a DVD, the other a CD.

That's right. Prince Erkan Serce is not just a stupendous dancer, he's also a pop singer. And the Belly Dance Show is just videos for the songs. Deliciously, the videos are like the photos on the sleeve to the power of ten, because they also involve (in no particular order):
It looks like it came out in the 1990s, but a parallel-universe version of the 1990s in which Barbara Cartland is not only still alive but also Queen, and 25 December is International Liberace Day. In short, Prince Erkan's videos are really campy, perhaps to the point of bad taste. Also, they are awesome. My friend and I have decided that there is no one on the planet with a more singular commitment to his personal aesthetic than the Prince. Apparently he's also rather nice in person.

But why should my mate be the only one to enjoy the ever-so-slightly creepy stylings of a man who appears to have mugged a Lego minifig for its hair? I risked the ridicule of my colleagues -- and possibly also my job -- to scan the whole booklet for you as jpegs. Then I made The Man spend a Sunday afternoon Photoshopping them to correct the odd scanning angles. Don't mention it. Are you ready?

You're so not. But if you're feeling brave, you may as well travel to The Space Beyond the Jump. Good luck, little voyager.


Let's start with the cover. May as well: 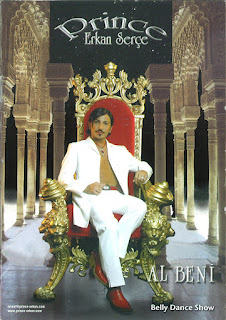 He's a prince, people. Of course he has a throne. No shirt, but he does have a throne. And red shoes to match his belt. And a castle with no ceiling. It's a castle in space. No ceiling on your space castle = maximised views! 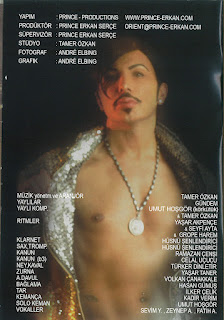 Not having a shirt is no problem when you're a prince with a massive ... medallion. 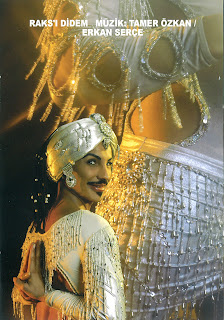 Puny mortal! Prince Erkan spends more time on his yoga practise than you do. He gets his inspiration from working out in front of a massive image of his own hip and elbow. Even the beads on his faux-dreads are bendier than you. NB: The Prince can undulate his fingers in that pose. He does it a lot. It's quite hard to do. 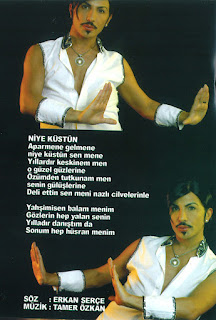 This is why the Prince usually forgoes a shirt. Whenever he wears one, the Court Jester pinches his sleeves, leaving just the cuffs behind. And then the Prince is all like "Woah! Get away from me! In both directions!" 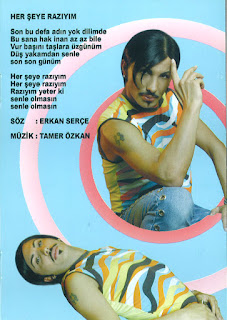 At times like this, the Prince just puts on his favourite tank top and decorated jeans and goes off alone to brood in his Pastel Hypno Wheel. He broods so much that he loses control of the Hypno Wheel and runs himself over. Luckily, he can bend far enough backwards that the wheel just rolls harmlessly over him. 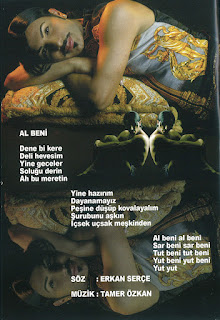 Then he goes to think by the less dangerous Pool of Reflection. To keep him company, his tiny twin sons strip off and sit back to back and gaze soulfully at their Dad's soulful reflection. 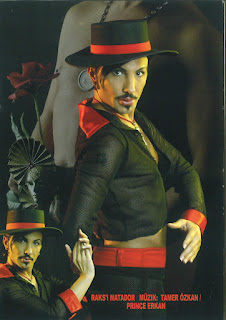 When walking around the castle dressed as a matador, the Prince is sometimes confronted by one of the official portraits of himself that shows off his massive ... medallion. And then he spins around all surprised and says "Does it look to you like I have a rose and a Venetian mask sprouting where the sun don't shine in this one?" At which point one of his tiny twin sons tries to stop you from answering "My god, yes!" by clapping very loudly and saying "Ole!" (This outfit is see-through, so try not to stare at the Prince's thong, mmkay?) 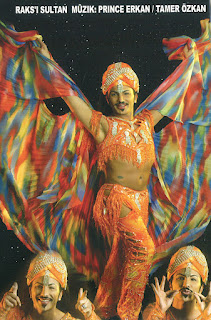 But mostly the Prince and his tiny twin sons are too busy hanging out in space, grooming their moustaches, doing finger guns and generally having too great a time to worry about the occasional piss-taking portraitist. 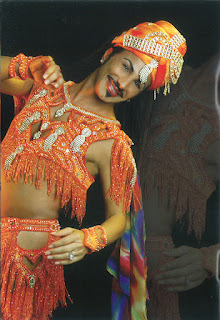 Although, like any busy intergalactic royal, the Prince will ditch the kids from time-to-time to hang out with his own bigger-than-lifesize ghost. It's only odd to you because you're a commoner. 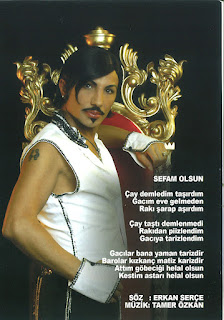 "OK, that's it. This is the last time that scallywag takes my sleeves. Where is that Court Jester? Guards! Prepare my valises! We'll hunt the cur to Earth! Fetch me my swords and my favourite peek-a-boo travelling suit!" 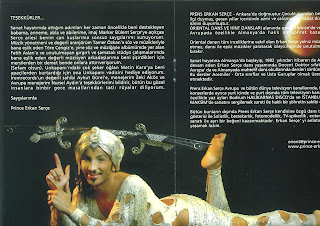 "Good work, men. I'll travel on my belly with the swords on my head. As usual. Kill the first person to make a Uranus joke." 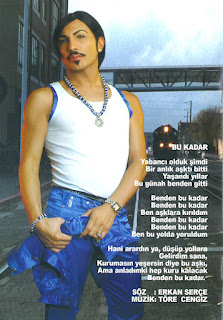 Disguised as a lowly Earthling, sort of, the Prince begins his quest to bring his prank-loving Court Jester to justice. But what's this? The Prince is too busy moodily tying his denim jacket around his waist to notice the oncoming train! Look out behind you, Your Highness! 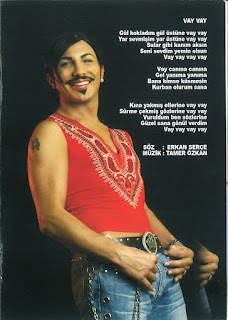 Hurrah! The Prince has not only vanquished the Court Jester, but has also thwarted future sleeve-related humour by opting to wear only tank tops from now on. The trip to Earth was an unqualified success, and His  Royal Highness even managed a bit of souvenir shopping -- an extra left hand and bit of thigh. Result! No wonder he's rocking that massive ... belt buckle. Prince - 1 / Sleeve thieves - 0. 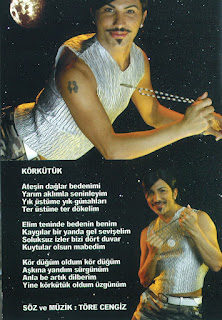 The Prince brandishes his massive ... medallion during the inaugural Sleeving and Cleaving of the Court Jester Memorial Day. 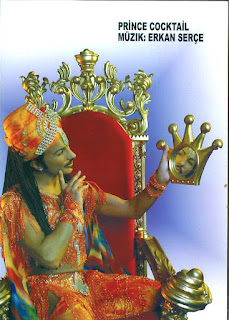 "Mirror, mirror oh so small/ I am the fairest of them all/ So screw all of y'all." 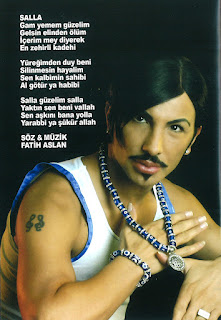 The Prince discovers that the Royal barber has shaved the Royal soul patch skewiff. But it's a lucky day for the Royal Barber -- while trying to deliver a fatal chop to the barber's neck, the Prince snags his immaculately manicured hands on his massive ... medallion. 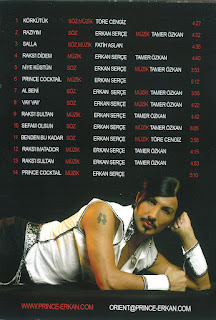 This only reminds him how pissed off he still is about his missing sleeves. 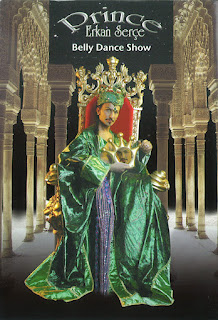 Fortunately, the Privy Chancellor is on hand to cheer the Prince up by swathing him in the robes he won in last year's Ming the Merciless look-alike competition. Now you find out the price you pay for spending so long in the realm of the Prince. Gaze deep into the mirror he holds up to you. That face, though familiar, is not your own.

Meanwhile, back in the real world, the Prince is doing as good a job as a dude like him can of being a regular guy. 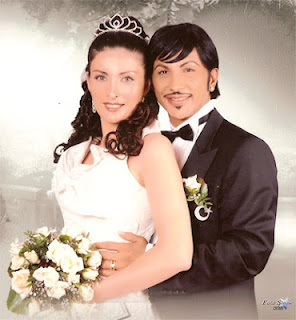 I can only agree with the sentiment of the poster on yeniforumuz.biz who captioned this "Prens Erkan'dan sürpriz nikah!" I still think this is my favourite from the set of wedding photos, though. Have you ever seen the like?:

If the fact that Erkan has managed to find someone worthy of his pulchritude isn't flooring enough, minutes after the photo above was taken, this happened:

In uncertain times, it's good to know that at least one thing is for sure: that kid is going to have the whitest goddamn nappies in the world.
Posted by Ramona at 08:00