Before I begin today's whine about the raqs community's rather lax approach to time keeping, I'd just like to establish that I know I'm in a glass house, OK? Only this morning I got an email from my boss chastising me for my lack of punctuality. I KNOW I HAVE A PROBLEM.

Also, let it not be said that I don’t appreciate the huge amount of effort that goes into organising even the most low-key of shows: the music, the dancers, the scheduling, the venue hire, the lighting, the DJ, the videographer, the health and safety, the payments, the photographer, the seating booking, the compere, the advertising, the ticketing, the judges (if it’s a competition)....it’s a big job. The people who do it are heroes. Without them all amateur dancers would be trapped dancing in their living rooms forever with only a cat and a wilted pot plant as an audience.

These are all things that can be – nay, indeed must be – organised before the show. If you are going to hold a show in the boondocks on a Sunday night, it’s even more important to start on time because most of your audience has a damn long way to get home. Nevermind the fact that if they’re lucky enough to have a job to go to on Monday morning, most of your attendees will need to get home at a reasonable hour so that they can get some sleep.

Which brings me to my beef with Bellydance Trophies. Although it was a great competition of an irreproachably high standard, it was really let down by the number of times that things kicked off much later than they should have.

We’re not talking a few minutes to quarter of an hour here. On at least two occasions that I attended, we’re talking the best part of two hours later than advertised with no apology and no explanation. “Belly dance time” may well be something of a long-running joke in the raqs community, but Trophies’ level of tardiness just took the piss. Once may have been excusable. But they seemed to start late every single month. This was not only unfair to the contestants, but it was rude to the audience. The most egregious example was the Easter weekend final, which was so late in starting that I missed the last train and then had to take FOUR night buses to get home.

Wembley is not very close to where I live. In fact, it takes me a good hour and a half to get there because I don’t have a car: if I did drive, I suspect that the journey would take me even longer thanks to London’s Byzantine road network. So you can imagine that when an event scheduled to start at 8 kicks off closer to 9 or 10, there is suddenly a rather stark choice to be made: leave at the scheduled finish time so as to make the last train home, thereby missing out on a big chunk of the show (including dancers I’d travelled a long way specifically to see); or stick around until the actual end so as to get my money’s worth, but wind up navigating the streets of greater London in the wee small hours of Monday morning, when there are few other people around. That's not just inconvenient, it's potentially dangerous. 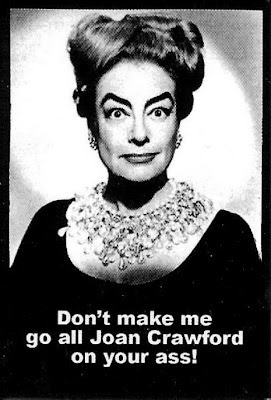 This is exactly what happened on the night of the final. The doors were meant to open at 7.30pm for an 8pm start, or so I was told when I arrived at 7pm. At 8pm, they still weren’t admitting people. At 8.10pm, a mood of rebellion descended and a large group of us (enough to fill the venue!) filed in anyway and took our seats. About 15 minutes later we were kicked out, to the shisha room, for no discernable reason. After another 20 minutes we were readmitted. By now it was about quarter to 9. The compere came out and announced things would be underway in about ten minutes. Twenty minutes later there was still no sign of things starting.

At about 9.15, the compere came back to ask "Are you ready?" The cheek! When we groaned in the affirmative, he began running through where the fire exits and bathrooms were, who the judges, photographer and videographer were and reminding us not to take photos or videos of our own. Seriously -- could all that housekeeping not have been done while we were busy occupying ourselves by taking bath salts and gnawing each others' faces off?

As if to mock us further, there was then a 20-minute break after the first round. So I elected to leave, even though it meant missing the second round i.e. the round I really wanted to see because it was to live music. I managed to get home just after midnight on Monday morning.

But perhaps I have been too harsh. As always, my teacher Shafeek had a perspective I hadn't considered. "When I saw the night they'd scheduled the final for, I knew it would be starting late. It was the same night as the European Cup final, and I'm sorry, but there's no way you'll tear men away from a major football game to watch belly dancing."