*Don't forget that the next post is number 300: Seriously, I never thought it would live this long. Give Jilly a little thumbs-up on Facebook or drop her a line at architeuthis @ hotmail (dot) co (dot) uk to be in to receive a token of appreciation for supporting this odd little blog!

And now, on with today's main event -- the lovely Fatma Girik:

Thank you to Anala of The Practical Dancer, who identified her from this post. I was all like "Fatma who?" but, as always, dear old Dr Google was on call with the answer.

Fatma, who turns 70 at the end of this year, was an actor in the Ozcan Tekgul/Hind Rostom mold. After starring in close to 200 Turkish films, like many actors, she had a late career switch to politics. From 1989 to 1994 she was the mayor of Sisli in Istanbul, but then went back to acting. Thanks to all the images of her done up as a kindly nana-type I found, I now picture her doing those really campy supersoaps a la Fifi Abdou.

I dig the inauthenticity of her hair in this clip:

For more Fatma clips and images (then and now), hit the jump.

From a film I haven't been able to identify, here's Fatma playing a rebellious young woman who runs away from home after her disapproving parents discover she's a belly dancer. As time goes on she becomes famous, and eventually her parents decide to come and see her show after hearing her story in the local press. Cue slapping, yelling and boozing with a circus clown. When she rips her cover-off towards the end and gestures at her body it's pretty plain why her parents are upset:

From 1966 comes a clip labelled "Türk Yesilcam Sinemasi". I don't speak Turkish but I'm guessing that's not the title. Anyway, this is stunning on MANY levels. It has a sailing boat. It has a discordant cover of Summertime. And Fatma stripping. Yes, stripping -- in the hastiest, tamest way imaginable, but stripping nonetheless (so NSFW-ish). It also has a dressing room filled with flowers and an anxious looking woman. It ends in a scene that's kinda horrifying and yet really silly at the same time -- she gets totally blasted drunk and manhandled by a lot of people. Just...watch it already:

Here's Fatmas as she is today: 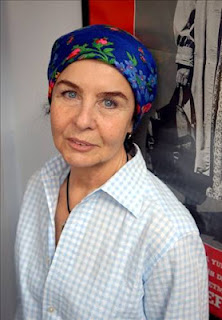 Those baby blues! Before we all start sighing about how we hope to look as good as we knock on 70, let's just pause to remember that not all of us got the unfair head start that Fatma did in the genes department. The chances are that most people who look this good when they're young: 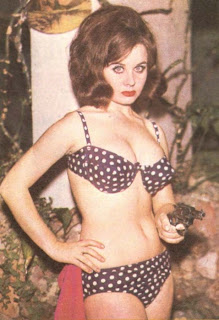 Will look this fabulous when they're older: 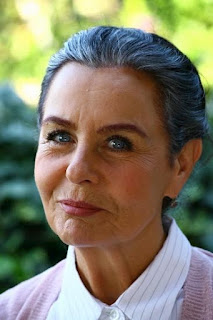 Understand? So unless you're already Fatma-hot, spend your time planning for something else! x
Posted by Ramona at 13:50