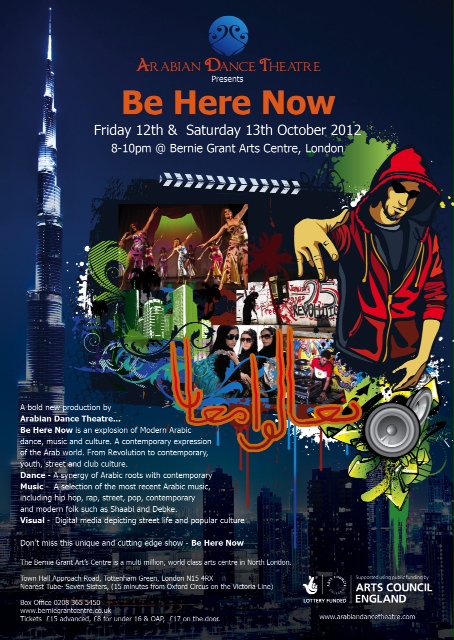 As long as I impress the teachers at Stage School, I'll be in this show. I know. It's amazing how they'll let any old trout have a shot isn't it? On the off chance that you don't have Superman's eyesight, here's the text from the image:

Supported by the Arts Council England

Be Here Now is an explosion of Modern Arabic dance, music and culture.

A contemporary expression of the Arab world.

From Revolution to contemporary, youth, street and club culture.

Dance -- A synergy of Arabic roots with contemporary

Music -- A selection of the most recent Arabic music, including hip hop, rap, street, pop, contemporary and modern folk such as Shaabi and Debke.


If you could come along and support us, we'd be -- as former Skid Row frontman Sebastian Bach might say -- 'super psyched'. No, wait. SUPER PSYCHED!!!