After some months spent spawning, shimmying and feasting in the depths of the Southern Ocean, Jilly the Belly Dancing Colossal Squid and Agony Aunt triumphantly returns to sort out the dazed from the confused.

'Vilified in Vermont' can't understand why belly dance and lap dance can't coexist in the same routine (at the risk of giving away the ending, Jilly is less than impressed), and Busty of Amersham has a costume query.


My friends have reacted REALLY BADLY to a recent performance of mine that I uploaded to YouTube, and I wanted to warn your other readers that their so-called ‘friends’ may also desert them in a heartbeat.

Basically, I was doing a restaurant performance when I noticed a younger man (17 or 18-ish) deep in conversation with his parents. I hate that – my attitude is that when I am working you’re going to pay attention to me. So I pulled his chair out, straddled his lap and gently licked his earlobe before swinging my leg over his head to give him a good view of Paradise. I then resumed my routine. It was literally over in 1 minute and 15 seconds. Big deal, right?

Well, I have fallen foul of the Shimmy Stasi, apparently: according the self-appointed Guardians of the Dance I am not ever supposed to touch my audience. WTF? I have been using the ‘lick and display’ to focus audiences for years and no one has said Boo. More fool me for uploading that clip to YouTube! If I hadn’t done that, no one would have been any the wiser. Instead, I have lost several workshop sponsors and numerous Facebook ‘likes.’ I had no idea that this alleged ‘community’ was so prudish and judgmental. Prudish about some things, that is; I cannot bring myself to tell you the names hurled at me.

If these lemon-lipped haters want me to be sorry, I’m not – they can go **** themselves. My only regret is making use of YouTube for something other than cat videos.

First of all, HOLLA at my girl Roshanna, who is the only one of you who bothered to lament my absence during my long confinement. That's cool; I'm a squid and therefore don't crave affection. Which is lucky for everyone except Roshanna, otherwise I would warn you to be very cautious next time you go boating. I mean, do be cautious next time you go boating, but only because boating is inherently risky. Not because large tentacles may suddenly drag you to a watery doom.

Anyway, where was I? Oh yes...Vilified in Vermont and her controversial dance moves.

Perhaps I’m just a stupid squid, Vilified -- OK, a colossally stupid squid, boom boom! -- but I can’t see the part of your letter that asks for advice. As best I can figure, the Belly Dance Police has issued you with a sleazing ticket and you’d like to appeal, would you? Well, tough luck Toots, because you’ve caught me in a prudish and judgmental mood and you lost your case at ‘straddled’. Even had you chosen less evocative language, you may be hoisted by your own petard on the following grounds:

• ‘Licked his earlobe’. Who taught you to dance? An anteater? Do you know why he was deep in conversation with his parents? Was it because one of them was disclosing a terminal illness he may inherit himself one day? Sorry to be so heavy, but I have a feeling that it's going to take blunt instruments to make you see how oh-so-very-wrong your behaviour was.

• ‘A good view of Paradise’. Oh, please. ‘Paradise’ is where many people would like to think they’ll go when they die. It’s not a stranger’s genitals, and it’s not somewhere anyone -- let alone a teenage boy -- wants to go when they’re eating dinner with their parents. C'mon, girl, were you raised by sea otters? Because let me tell you, those guys are shameless.

• ‘1 minute and 15 seconds’. Translation: An eternity. Especially for a 17 year old at dinner with his parents. I seriously can't get over this. Legally he's a CHILD, woman!

• ‘Lick and display’. By all the souls in Davy Jones’ Locker, please tell me it’s not even worse than it seems and somehow related to ‘scratch and sniff’.

• You spent years shaming other dancers for letting down the image of raqs, while all the while you were performing a move you’d christened ‘lick and display.’ I’d call you a hypocrite, but I don’t think you’ve read this far.

• “That guy wouldn’t know belly dancing from bologna so who gives a damn what I did.” Oh, honey. Again, I would explain why this attitude is wrong on every level, but you’re probably not here anymore.

All I can really do is hope that you’ve realised that a skin-crawlingly sordid performance is a skin-crawlingly sordid performance whether it winds up on YouTube or not. (The younger generation really do seem believe in ‘It’s online or it didn’t happen’, which is rather mystifying to those of us over 30 who wonder whether our lives pre-1995 were some sort of Philip K Dick-esque implanted dream.)

Finally – you needed to perform ‘lick and display’ for years to focus your audience. Did it really never occur to you that (a) you’re just not a very engaging performer and maybe need to work on that? or (b) there are people in the world who hate belly dancing, and no amount of licking them and humiliating them in public places will make them like it?

Hope this helps, but doubt it does.

PS: I wondered if my response to you was a bit hysterical, so showed your video to my friend Wanda the Walrus and photographed her reaction. I think it's worth 1,000 words, don't you? 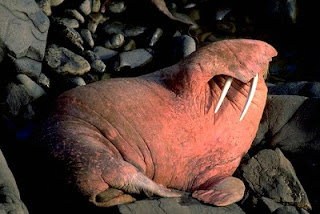 ﻿Dear Jilly the Belly Dancing and so forth

Scored myself this totally awesome bra and belt set on ebay, my teacher says the bra will never fit me because of the way it’s made and I need to sell it. I guess she thinks I’ll sell it to her cheap HAHA but it’s a really tasty set, so I’ll just use a bit of tape or something to hold on the bra and if I have a nip slip it’s just too bad. I have great boobs LOL, but obvs would rather not have one flop out randomly so what kind of tape do you recommend?


You're not serious, are you? I need a drink.